Where to Watch: ESPN Stream College Basketball all season on ESPN+. Sign up now!

The Baylor Bears and TCU Horned Frogs face off on Saturday in a college basketball showdown at Schollmaier Arena.

The Baylor Bears look like one of the best teams in college basketball but over their last three games they have only covered one of the spreads. The one cover was in their last game against the Oklahoma Sooners. The defense was strong in the last game giving up only 61 points and that was enough to come away with the victory. On the season, Baylor is averaging 91.2 points per game while their defense is giving up 62.4 points per game.  Baylor is led by MaCio Teague who averages 16 points and shoots 49.1 percent from the field. The offense will need to be good in this game but more importantly will probably be the defense that will need to be strong.

On the other side of this matchup is the TCU Horned Frogs who had won five games in a row before being blown out in their last game against the Kansas Jayhawks. In that last game against Kansas, the offense could only manage 64 points while their defense gave up 94 points. On the season TCU is averaging 71.1 points per game while their defense is giving up 68.2 points per game. With the way the defense struggled in the last game they are going to need to be a lot better. TCU is led by RJ Nembhard who averages 18.2 points and shoots 48.9 percent from the field. 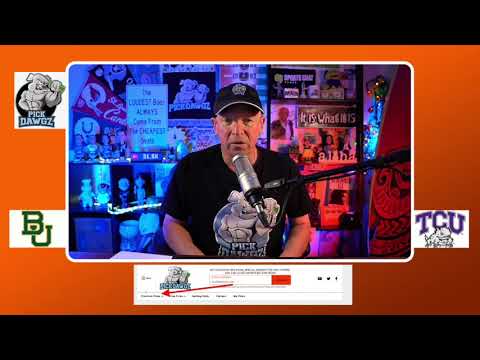