Where to Watch: ESPN Stream College Basketball all season on ESPN+. Sign up now!

The Kentucky Wildcats and Florida Gators face off on Saturday in a college basketball showdown at the O’Connell Center.

The Kentucky Wildcats have won two games in a row, but there are still a whole lot of questions surrounding this team and this is going to be a really big test for them. Kentucky in the last game really struggled against Vanderbilt but they were still able to come away with a victory. On the season Kentucky is averaging 67.7 points per game while their defense is giving up 68.1 points per game. Kentucky is shooting 41.5 percent from the field and 29.9 percent from behind the three point line. Brandon Boston Jr has been the best player for Kentucky and coming into this game he is averaging 12.8 points while shooting 35.8 percent from the field. In this game if Kentucky wants to win the offense is going to need to be strong.

On the other side of this matchup is the Florida Gators who have gone through a lot this season but this is still a team that feels like they can make a run. On the season, Florida sits with a 5-2 record overall but they were defeated in the last game. Without Keyonte Johnson, the team is missing some scoring and it showed in the last game against Alabama. The offense scored 71 points but the defense gave up 86 points and that led to the loss. On the season, Florida is averaging 81.1 points per game while their defense is giving up 71.3 points per game. Guard Tre Martin has been the best player for Florida and on the season he is averaging 14.6 points while shooting 45 percent from the field and 44.8 percent from the field.

Florida is going to run up the score and Kentucky doesn’t have the offense to keep this game close. Look for Florida to win this game and cover the spread. 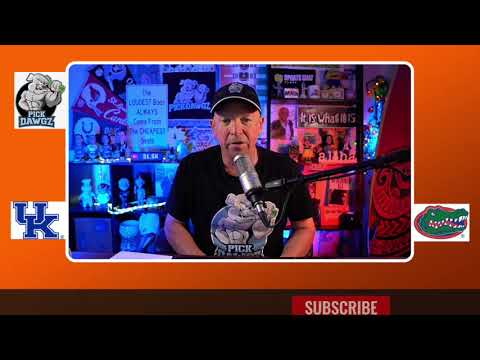